Mountaineering is an activity that many people across the world enjoy. Some mountaineers choose to stick to traditional climbing and hiking paths and do not like to trek far out of their comfort zone. However, many mountaineers absolutely live to climb to the summit of the tallest mountains in the world. If you have ever heard of or climbed Mount Kilimanjaro, you have likely heard of the Barranco Wall, also commonly referred to as the Barranco Breakfast Wall.

How high is the Barranco wall?

The Barranco Wall elevation is 257 meters (843 feet) high and is located on the side of Mount Kilimanjaro. The Barranco Wall is what climbers would refer to as a scramble, meaning it does not require mountain climbing skills to traverse the area.

In this article, you will learn more about the Barranco Wall, how to get there, what to expect when you visit, as well as how it was formed.

Where is the Barranco Wall Located?

The Barranco Wall is located on the southern base of Kibo, which is a part of Mount Kilimanjaro. It can only be reached by specific paths that go up the mountain. The four routes that travel this direction are:

How Was the Barranco Wall Formed?

The Barranco Wall was formed by volcanic activity as well as landslides in the area between 150,000 and 200,000 years when the Mount Kilimanjaro went dormant. The mountain is so high that it is difficult to see the top when you look up from the bottom. Because of this, many mountaineers add this climb to their bucket list.

You likely do not have to worry about the volcano erupting when you are mid-climb. The volcano has been dormant for centuries; however, on rare occasions, dormant volcanoes can erupt. The last time there was any recorded activity of the volcano was 200 years ago. (Source: https://en.wikipedia.org/wiki/Mount_Kilimanjaro)

Is the Barranco Wall Dangerous?

When you think of mountain climbing, you probably have thoughts of the danger associated with climbing. Mount Kilimanjaro can be a dangerous mountain to climb. Nearly 1,000 rescues and ten deaths on the mountain occur each year.

While climbing the mountain itself is dangerous, the Barranco Wall is a portion of the climb that does not require technical skills to navigate. Although you do not need to be an expert climber to tackle the wall, you need to be a smart climber. The Barranco Wall is made up of steep and narrow paths that require climbers to use all four limbs to traverse the ascent.

The Kissing Rock on Barancco Wall

There is one section of the trail that is referred to as the kissing wall or hugging wall. This reference is made because of the narrowness of the trail at this point. When climbing this portion, you need to flatten against the wall to avoid falling off a steep drop. While it is not difficult, it can be a bit intimidating. Many climbers will kiss the wall as they pass through. 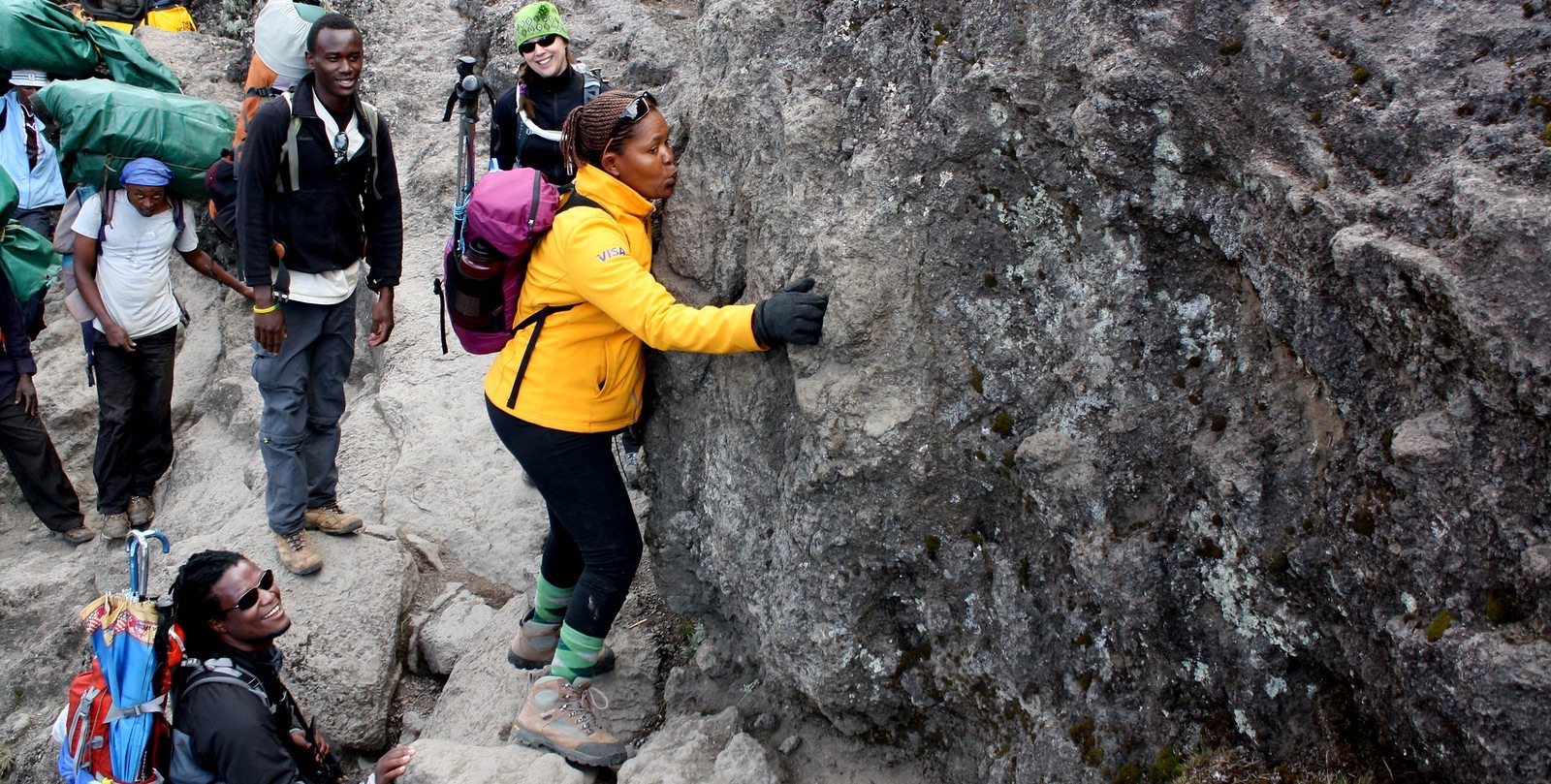 If you are planning to climb Mount Kilimanjaro (or any mountain for that matter), you need to be in good health. However, the Barranco Wall portion does not require the near-perfect health conditions it takes to climb to the summit. Nevertheless, if you suffer from a fear of heights or cramped spaces, this may be challenging for you.

How Long Does It Take to climb Barranco wall?

If you are hiking on one of the trails that pass through the Barranco Wall, it will take you a solid four days to reach the wall. Once you are on the path to the wall, you can expect to spend 1-2 hours climbing through the pass. The trail is so narrow it can only accommodate climbers in a single file line. (Source: I

What Can You See from the Barranco Wall?

Although the Barranco Wall is not near the summit of Mount Kilimanjaro, you will be able to see a spectacular view of the Barranco Valley as you make the ascent. The valley may be reminiscent of the well-known Grand Canyon; however, it is at a much higher altitude and composed primarily of sand and foliage. This fantastic view alone makes the climb worth it and provides a beautiful location to rest before continuing the ascent. 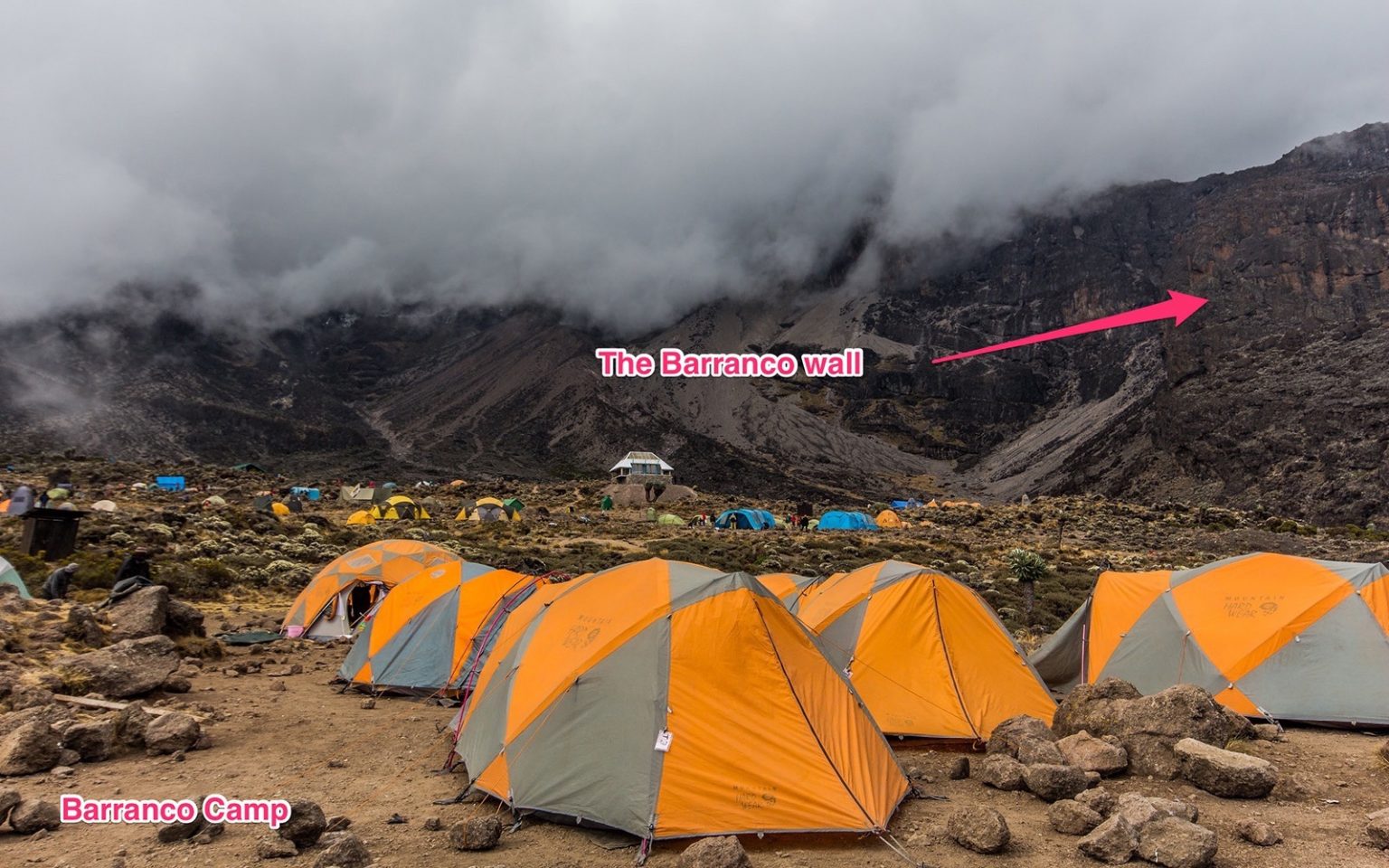 Visiting the Barranco Wall is a bit more challenging than just planning a vacation because you are also planning to climb a mountain! When you plan your visit, you need to consider the following: 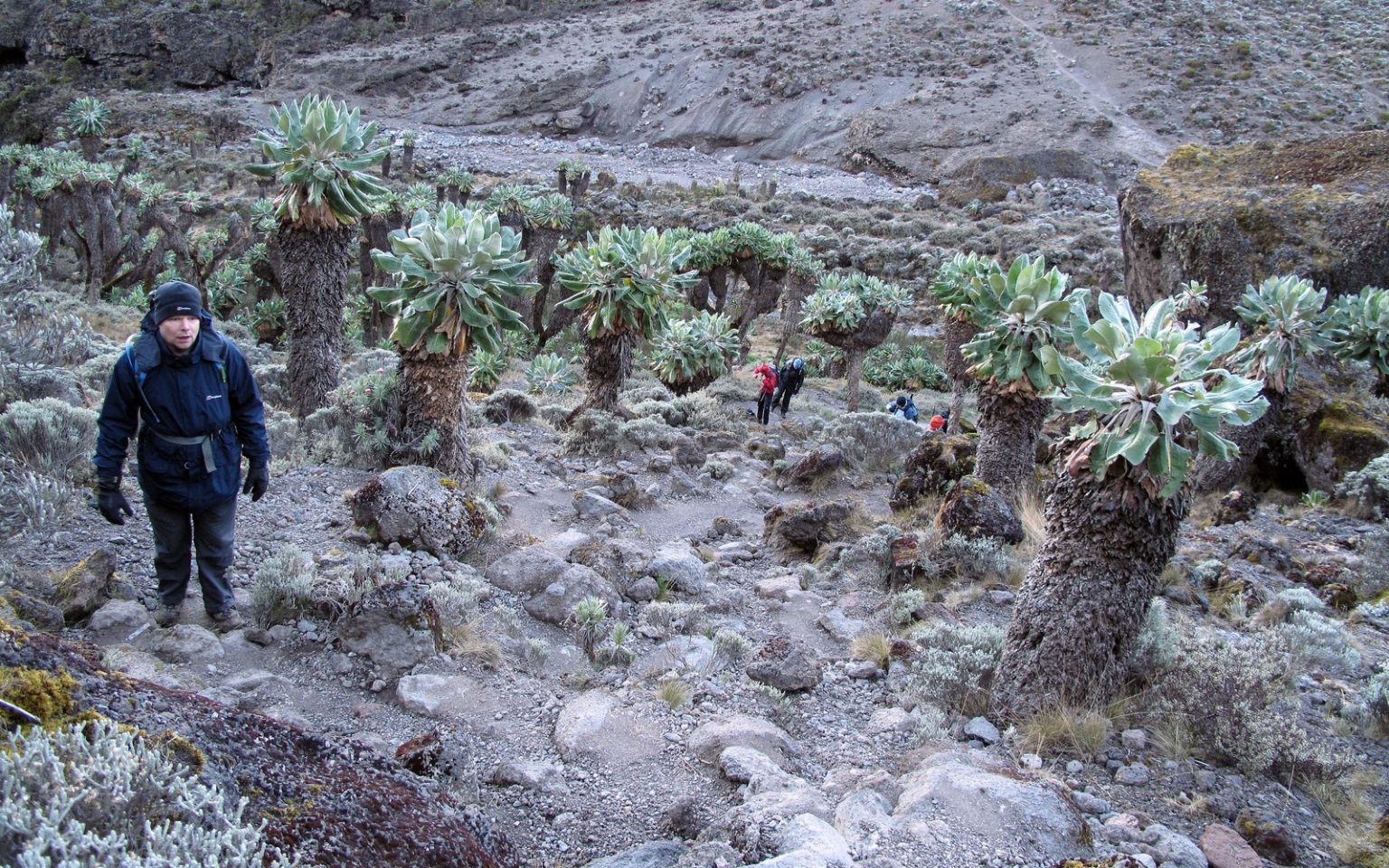 The cost to climb Mount Kilimanjaro varies depending on:

How much does it cost to climb Kilimanjaro

If you are looking to take a family trip to visit the Barranco Wall, there are restrictions you need to be aware of. Children under ten are not allowed to climb. There is no limit on the upper ages, but you should be examined by a physician before the climb if you are over the age of 60.

A trip to visit the Barranco Wall is a once in a lifetime opportunity that will not be easily forgotten. When you plan your visit, research to ensure you you get yourself prepared to conquire Africa’s highest Mountain .

Climbing Kilimanjaro is here to help you plan your trip of a life time. We have the highest summit success record! Be sure to kiss that wall as you pass!